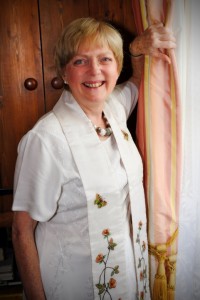 Jean is a OneSpirit minister/celebrant who specialises in the creation of loving and heartfelt ceremonies that mark the many life events.  Such occasions reflect the life-style, passions and philosophies of those involved.

Jean spent many years working as a wedding/party planner/caterer, during this time she was also involved in catering for funerals. She realised that weddings and parties are often planned many years in advance but the ‘final party’ was often barely acknowledged.

It was the inspirational funeral of an elderly gentleman who had planned his own funeral that gave Jean the idea of using her party planning skills to help people plan celebratory funerals.  The same funeral was the catalyst that led her to write her first book, Time to Go. 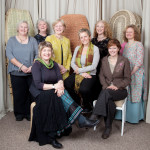 Jean worked as a funeral arranger with ARKA Original Funerals in Brighton for ten years, where every funeral was and still is totally unique.

The Healing Power of a Good Funeral:

Testimonial: ‘Thank you Jean for conducting my father’s funeral service and making it so personal and special.  We were all pleased with how it went and lots of people made comment about how personal it was. Thanks once again – Duncan.’